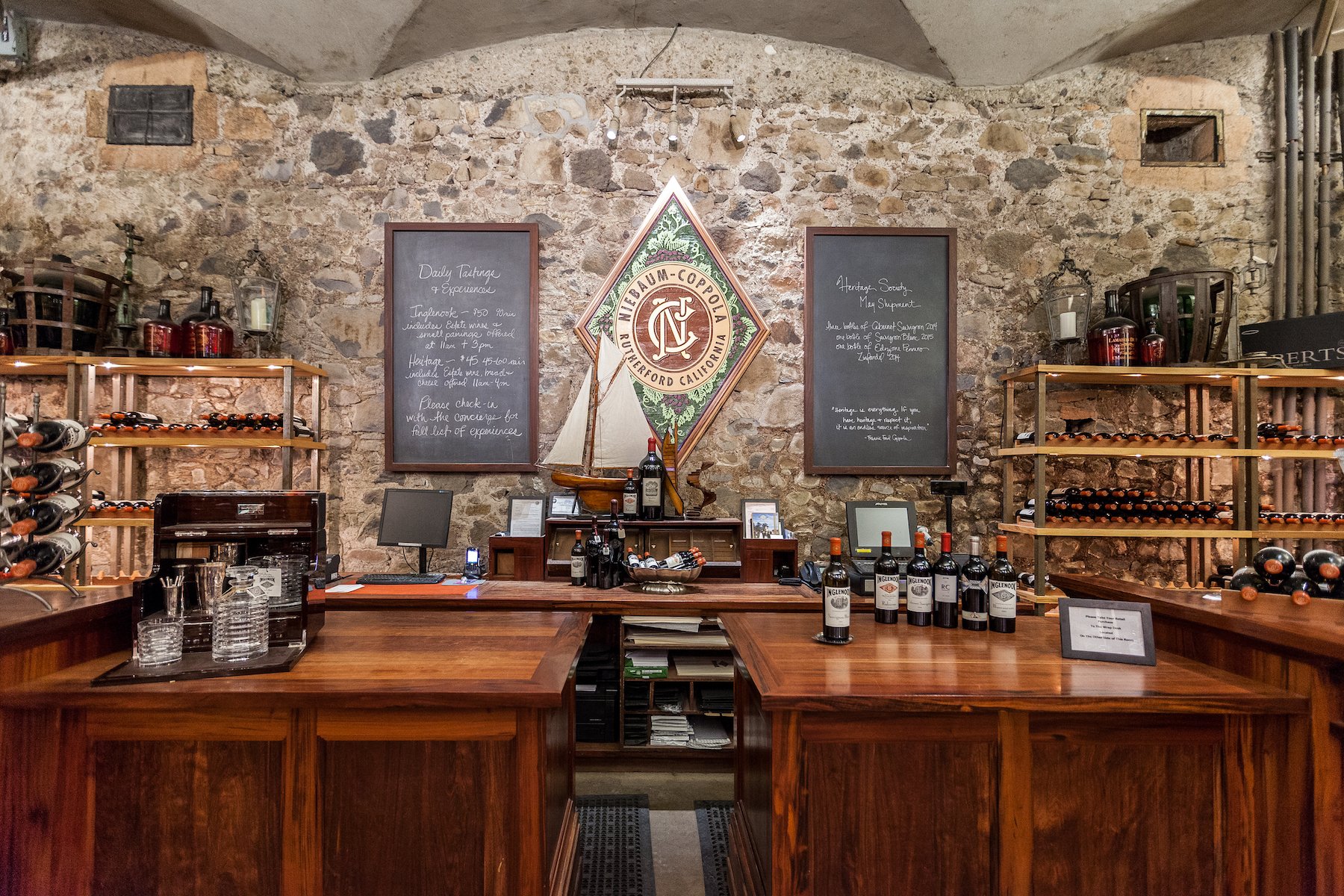 The Inglenook winery is one of the oldest and most important wineries in the Napa Valley and Rutherford region. Although the Inglenook vineyard has been around since 1879 and enjoyed international acclaim throughout the 1930s, it didn’t flourish into the award-winning winery we love today until it was purchased by director Francis Ford Coppola and his wife Eleanor in 1975. Since taking over this historic Napa Valley vineyard and estate, the Coppolas have spent the past four decades restoring the vineyards, grounds, and chateau to its former glory. But how did one of Hollywood’s leading directors come to be a fixture of the Napa Valley wine scene? We take a look at Francis Ford Coppola in Napa over the years. 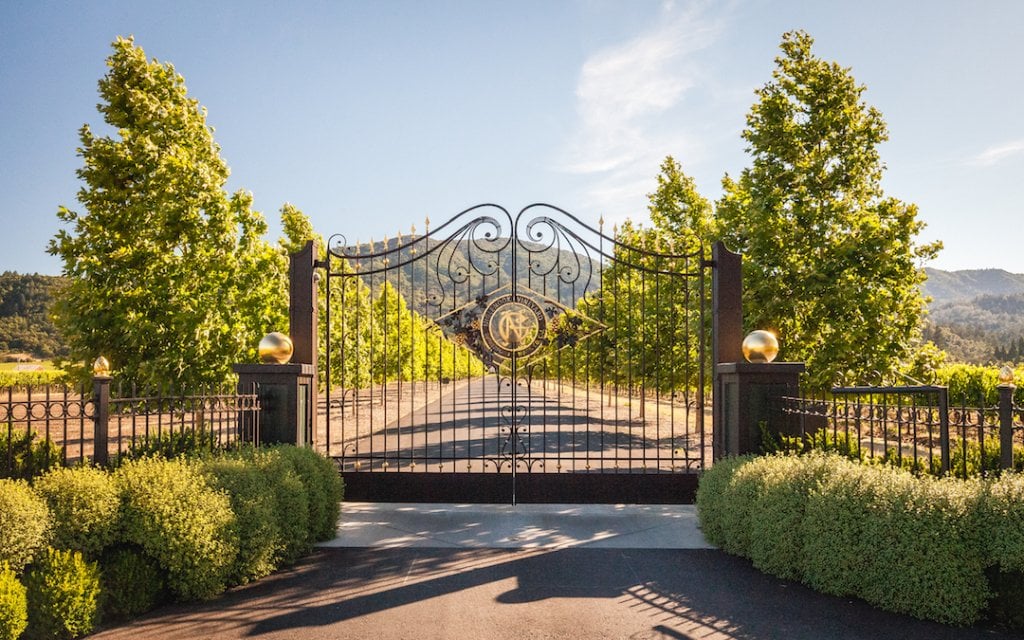 With the proceeds of Francis Ford Coppola’s most successful films, The Godfather Part I and Part II, Francis Ford and Eleanor Coppola relocated to Napa and purchased 1,560 acres of the Inglenook estate, including the mansion owned by the estate’s original owner, Gustave Niebaum. The Hollywood couple had been living with their family in San Francisco at the time and originally were just looking for a summer cottage where their children could go swimming and enjoy the outdoors.

Following French tradition, they joined their name with Niebaum’s, naming the property the Niebaum-Coppola Estate Winery.  Throughout the past decade, the winery’s profits had declined and the estate and winery operations were in need of repair. The Coppolas set to work restoring the equipment and vineyards and launched their dream of producing world-class wine in Napa Valley.

The Niebaum-Coppola Estate Winery has its first harvest and Francis Ford and Eleanor Coppola set about creating what would become the winery’s flagship wine, Rubicon—a rich, Bordeaux blend of Cabernet Sauvignon, Merlot, and Cabernet Franc. The blend would be aged in French oak casks for 15 months, followed by 18 months in French oak barrels, and finally aged in the bottle for two years before being officially released in 1985.

As the Niebaum-Coppola Estate Winery continued to grow, so did Francis Ford Coppola’s directing career. After the success of Bram Stoker’s Dracula, Coppola had the financial capital to purchase the rest of the original Inglenook land and its iconic chateau—reuniting the entire property for the first time in thirty years.

Francis Ford Coppola redesigned the Niebaum label, incorporating the diamond shape once used by Inglenook. This diamond shape is now signature to all of Coppola’s wine labels, including Francis Ford Coppola Wines. With the extra real estate and production capabilities as well as the appeal of the redesign, Coppola’s winemaking business took off. His portfolio of wines made $9 million in sales that year. “I was making much more money in the wine business than I ever made in films,” the director has been quoted. 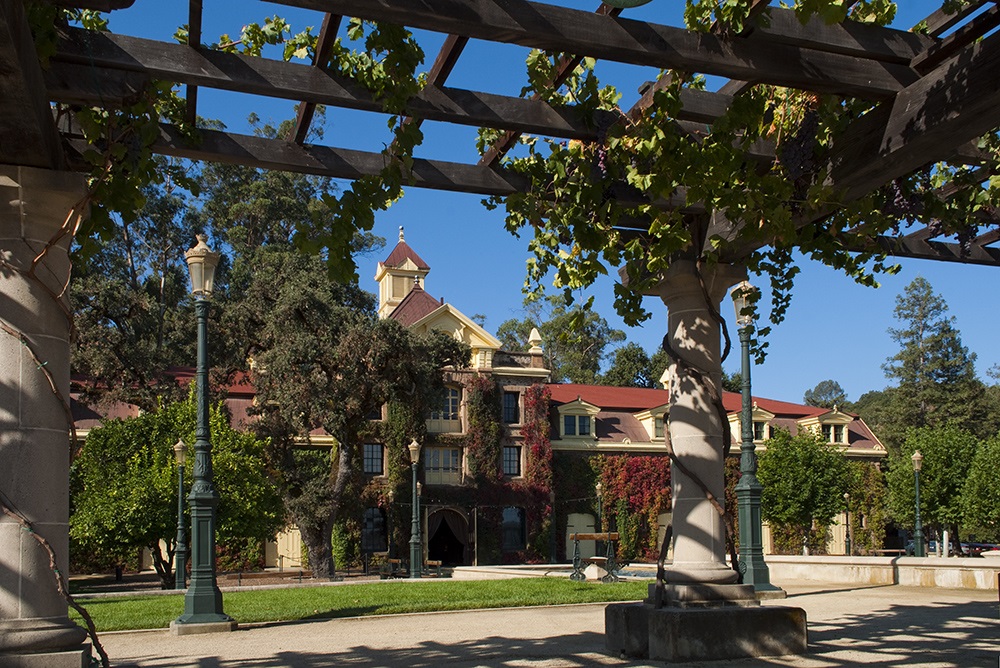 After two years of meticulous restoration, the chateau at Inglenook finally reopens with a lavish gala that featured a screening of the 1927 silent film Napoleon with its score (composed by Coppola’s grandfather Carmine Coppola) performed live by a 65-piece orchestra. Different from the mansion originally purchased in 1975, the chateau at Inglenook was never intended to be inhabited as a residence but was to be the primary building for wine production on the estate.

Francis Ford Coppola expands his footprint in the Napa Valley wine scene by purchasing 60 acres of Niebaum-Coppola’s neighboring vineyard, the J.J. Cohn Vineyard. The estate was one of the most sought-after in the region at the time, and after a bidding war with other interested parties the price tag for Coppola ended up being $31.5 million.

With more acreage than ever to produce wines including his proprietary blend the Rubicon, Francis Ford Coppola begins digging tunnels for a new 16,000 square-foot aging cellar called The Infinity Caves. 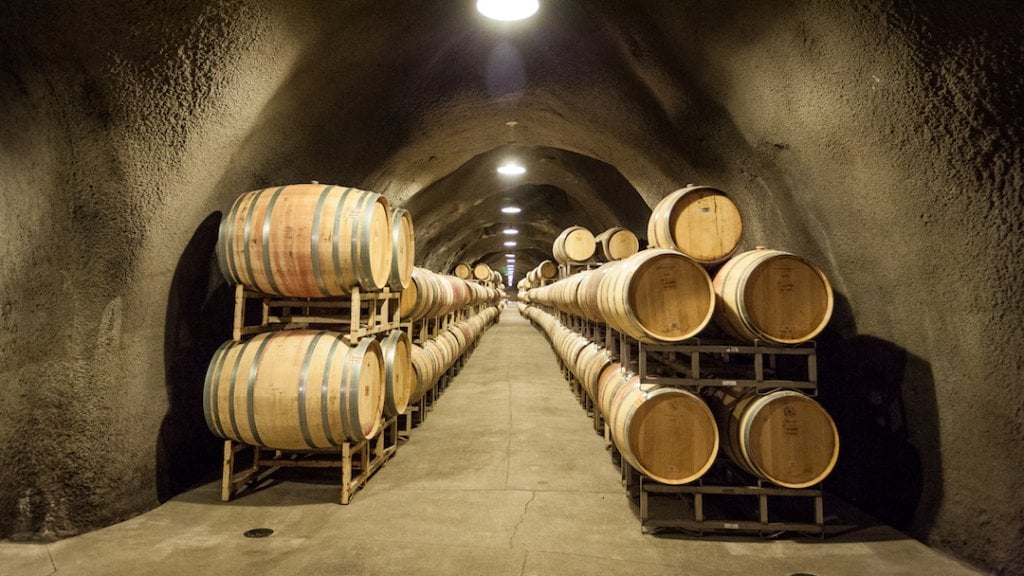 Francis Ford and Eleanor Coppola acquired the rights to the Inglenook name, restoring the vineyard and winery to the name it was given by its founder 130 years prior.

Coppola hires French winemaker Philippe Bascaules as Inglenook’s Director of Winemaking. He would spend the next five years reorganizing and revitalizing the now complete Inglenook winery. 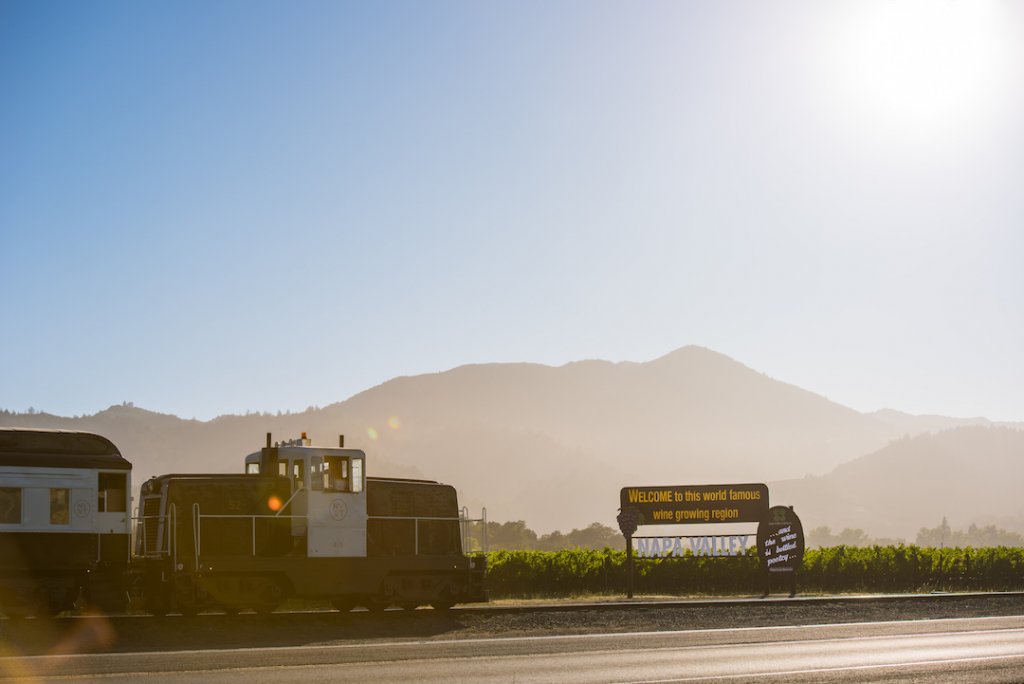 Francis Ford Coppola’s talent as a filmmaker has made him a fixture to film buffs and a Hollywood household name, but after spending the past forty years in Napa, restoring one of its most historic and storied wineries to its former glory, the name Coppola has become quite famous in the wine world as well.

Whether you’re a fan of The Godfather or not, we think a trip to Inglenook should definitely be on your must-see list! Join us on our Estate Tour where you’ll round out a day of wine tasting and gourmet cuisine with an exclusive visit to the Inglenook estate where you can view the Infinity Caves, see the restored chateau in person, and taste some of the region’s best Cabernets and Bordeaux blends.

Relish in a night brimming with decadent bites and delicious wines as you search for the devious killer amongst you on our thrilling Murder Mystery Experience.